As I mentioned yesterday, I'm covering Coachella for Wired.com. I just posted a selection of the photos I shot yesterday over on Wired.com's Listening Post. I got a lift up in a cherry picker over the main stage and got some photos of the whole grounds at night: 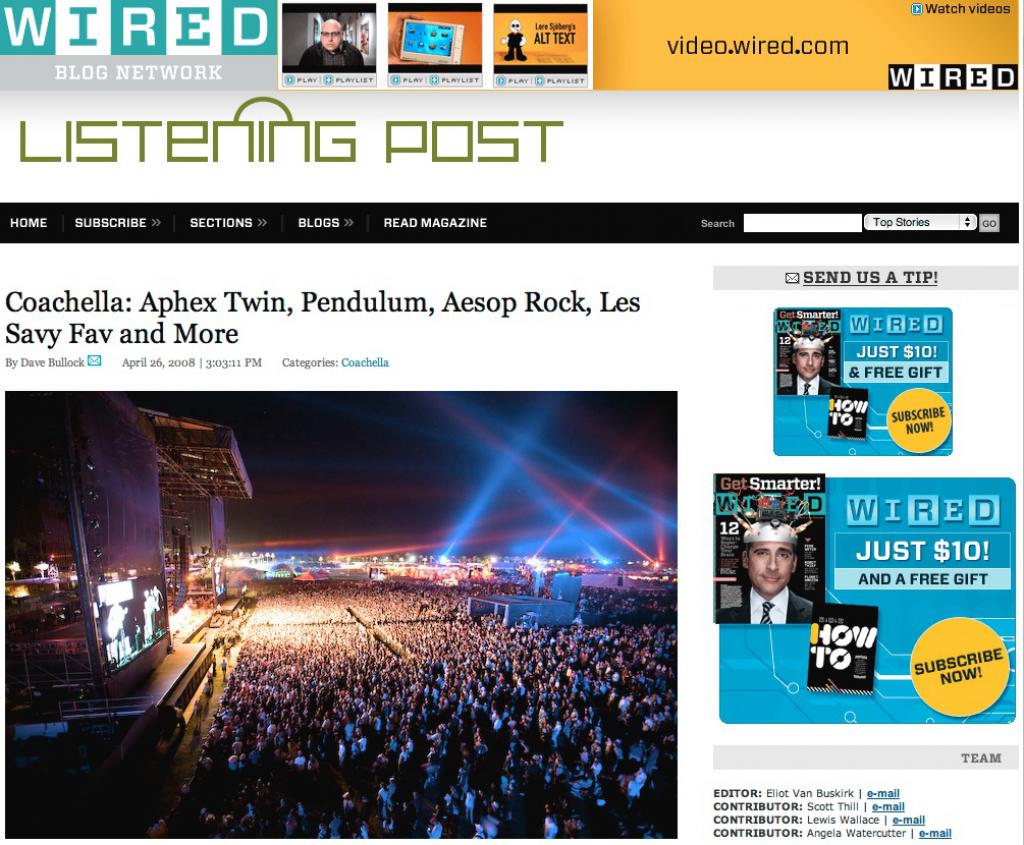 So I missed my chance to get shots of Amy Winehouse from the photo pit, and I only got this lousy photo from backstage. After that I shot this photo of Stephen Marley from a filming platform: 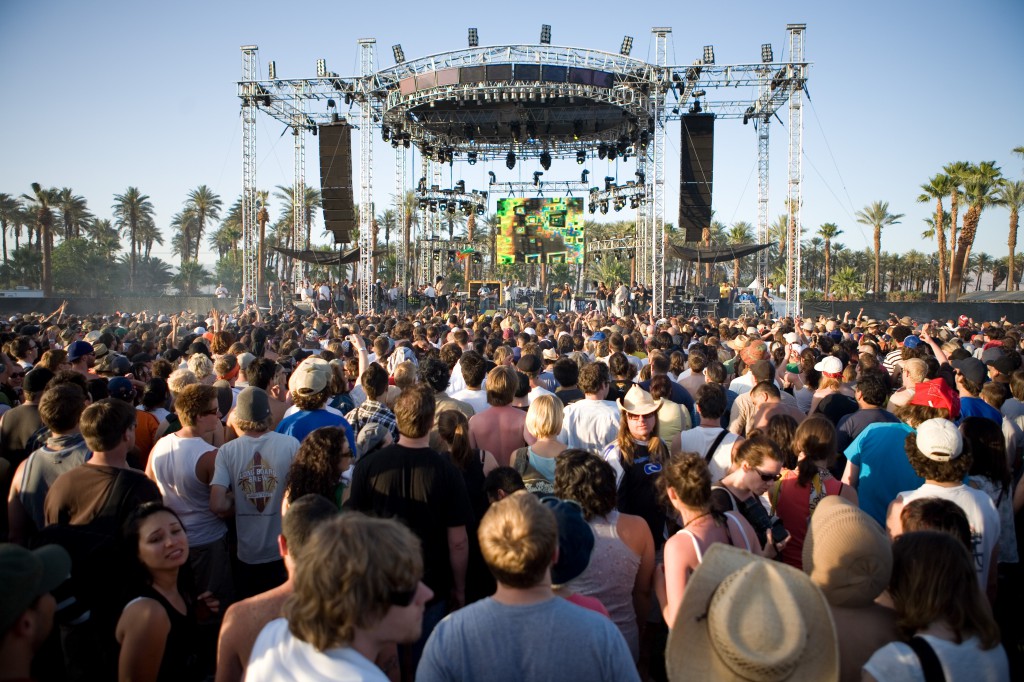 I got a whole bunch of shots of Bus Driver, who put on a great show. I was really impressed. I haven't seen him on the mic in many years, and his passionate performance was enthralling. His DJ even threw in some drum'n'bass. Good stuff: 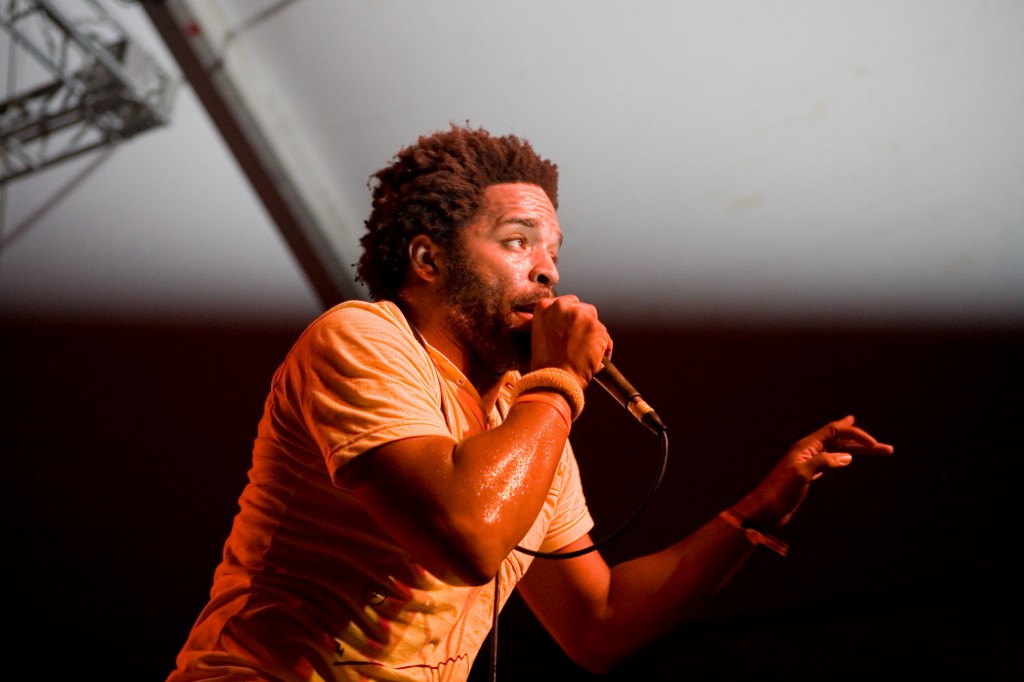 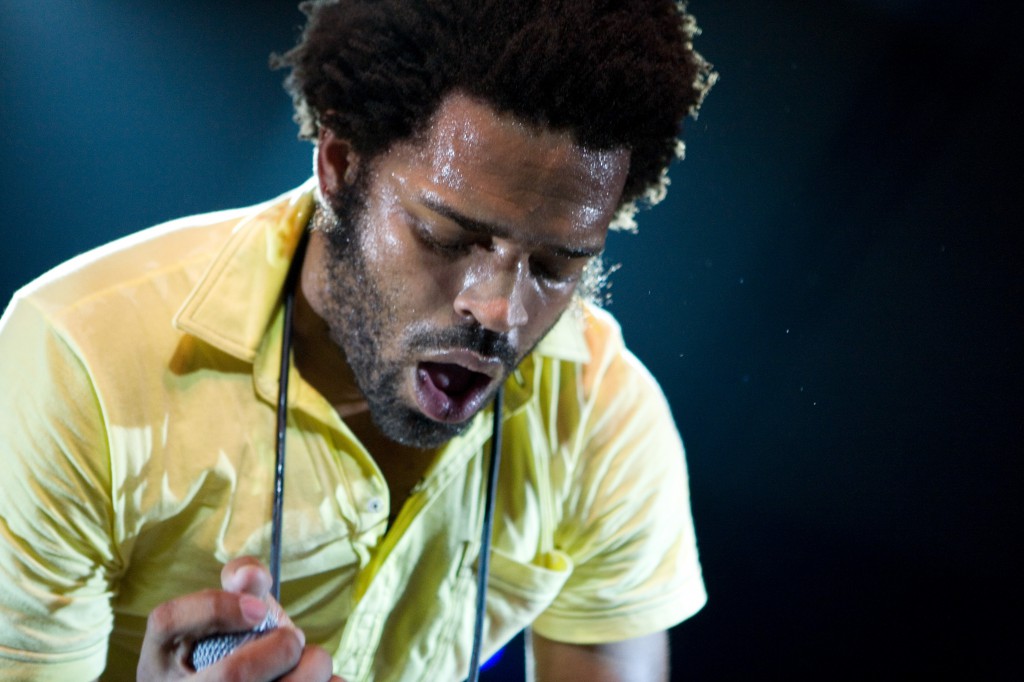 You can see the rest of today's Coachella photos here.

Here are some of the photos I have taken so far today: 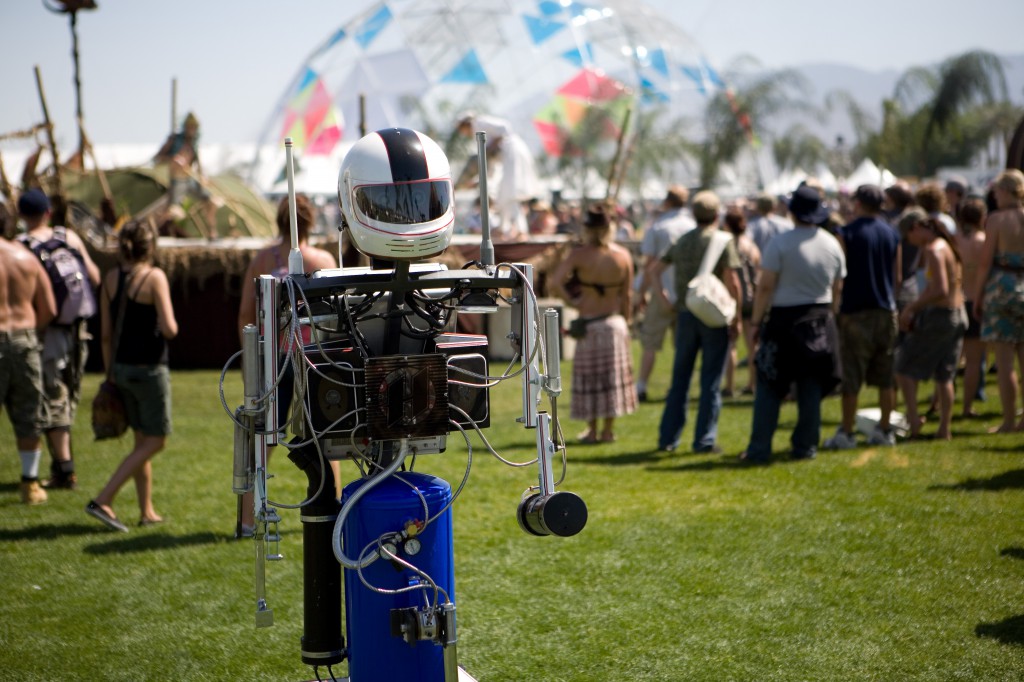 I caught a few minutes of Flostradamus featuring Kid Sister: 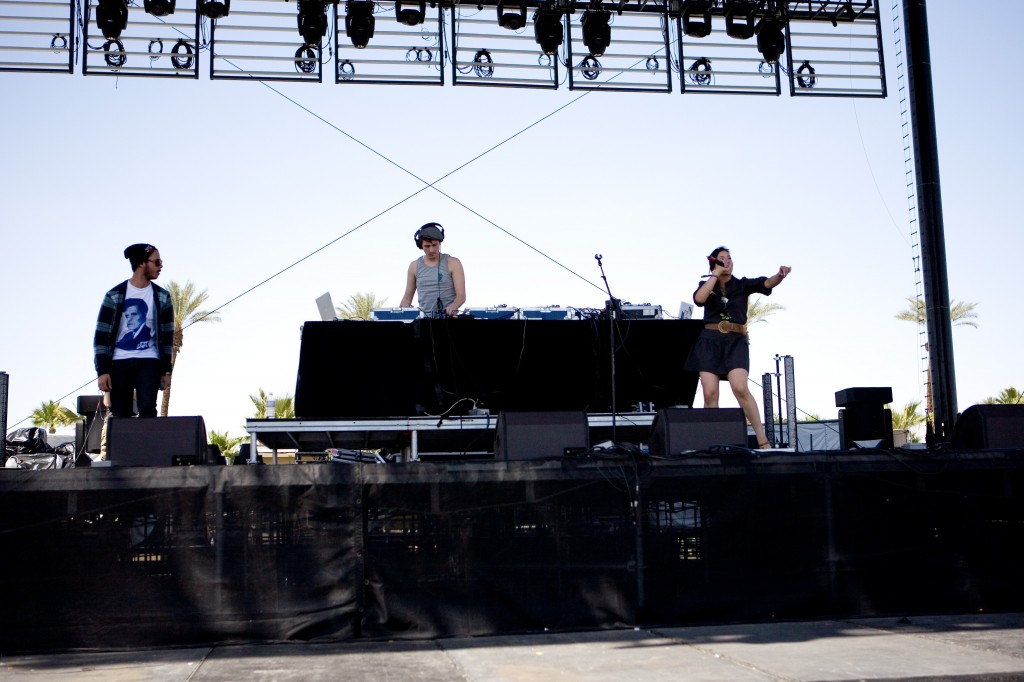 I then had some water and headed back over to the main stage to watch Brother Ali and Toki Wright: 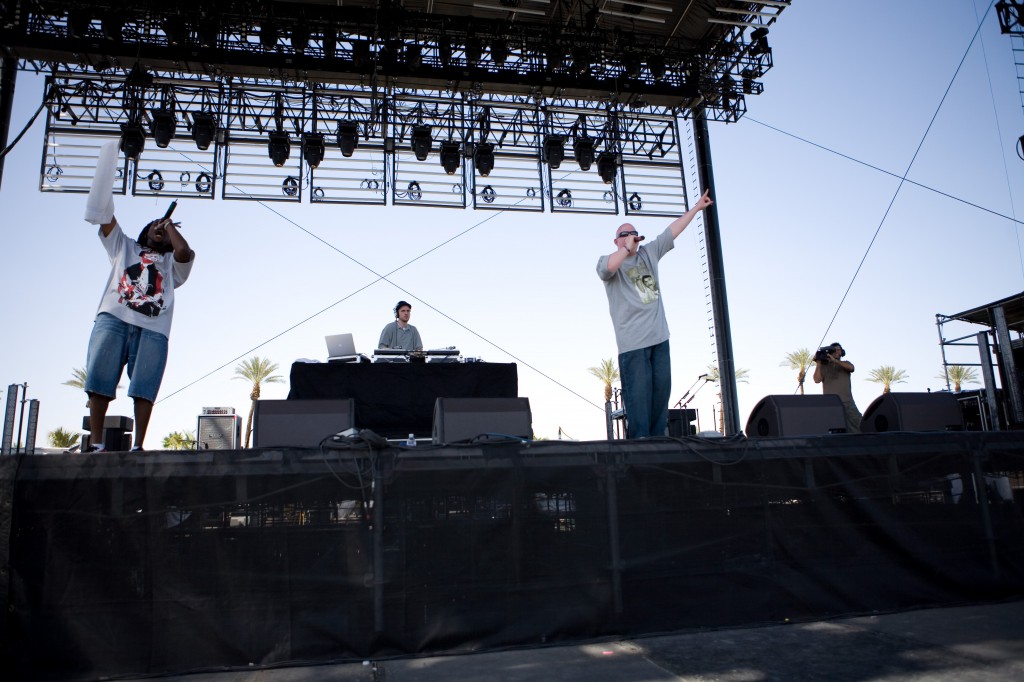 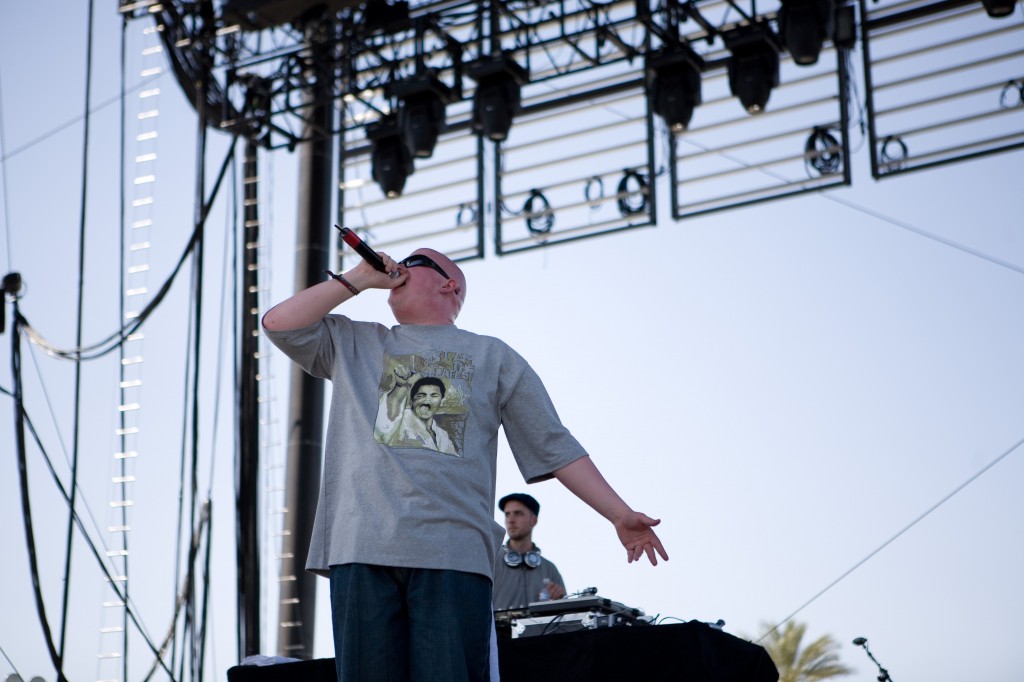 I got a photo of the large bottles of CO2 on the main stage... I'm guessing for an effect during Bjork's set. My EVDO is getting a much better signal now so the photos are uploading faster. I'll be shooting photos of Stephen Marley and Amy Winehouse and uploading them in a few hours, probably around 8pm. Keep and eye out for updates here or blogging.la.